The 115mm PLUS support rings are designed for optical tubes with a diameter of Ø115mm. These rings belong to the PLUS system (Prima Luce Universal System) that includes a large variety of telescope rings, bars, guide rings and dovetail clamps. The rings have a system of drilled and threaded holes that maximize the compatibility between parts, allowing several mechanical combinations and assembly solutions. 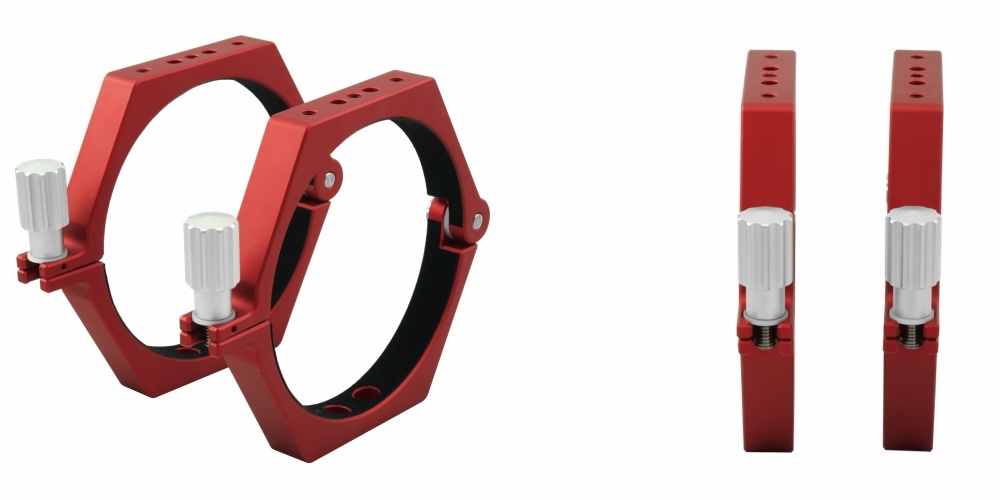 Each component of the PLUS system is carved from aluminum blocks with CNC machines. Then, the aluminum is sandblasted to achieve a very smooth surface finish and it is anodized (hard anodizing) to increase the hardness of the material and to protect it from oxidation.

Due to the particular design, the 115mm PLUS support rings are equipped with tapped holes (above and below each ring) to allow the attachment of:

Product has been added to your wishlist.
You can view your wishlist by creating or login account.
Please create account through ##customer_email## email
Login Register
0
×
Welcome Newcomer